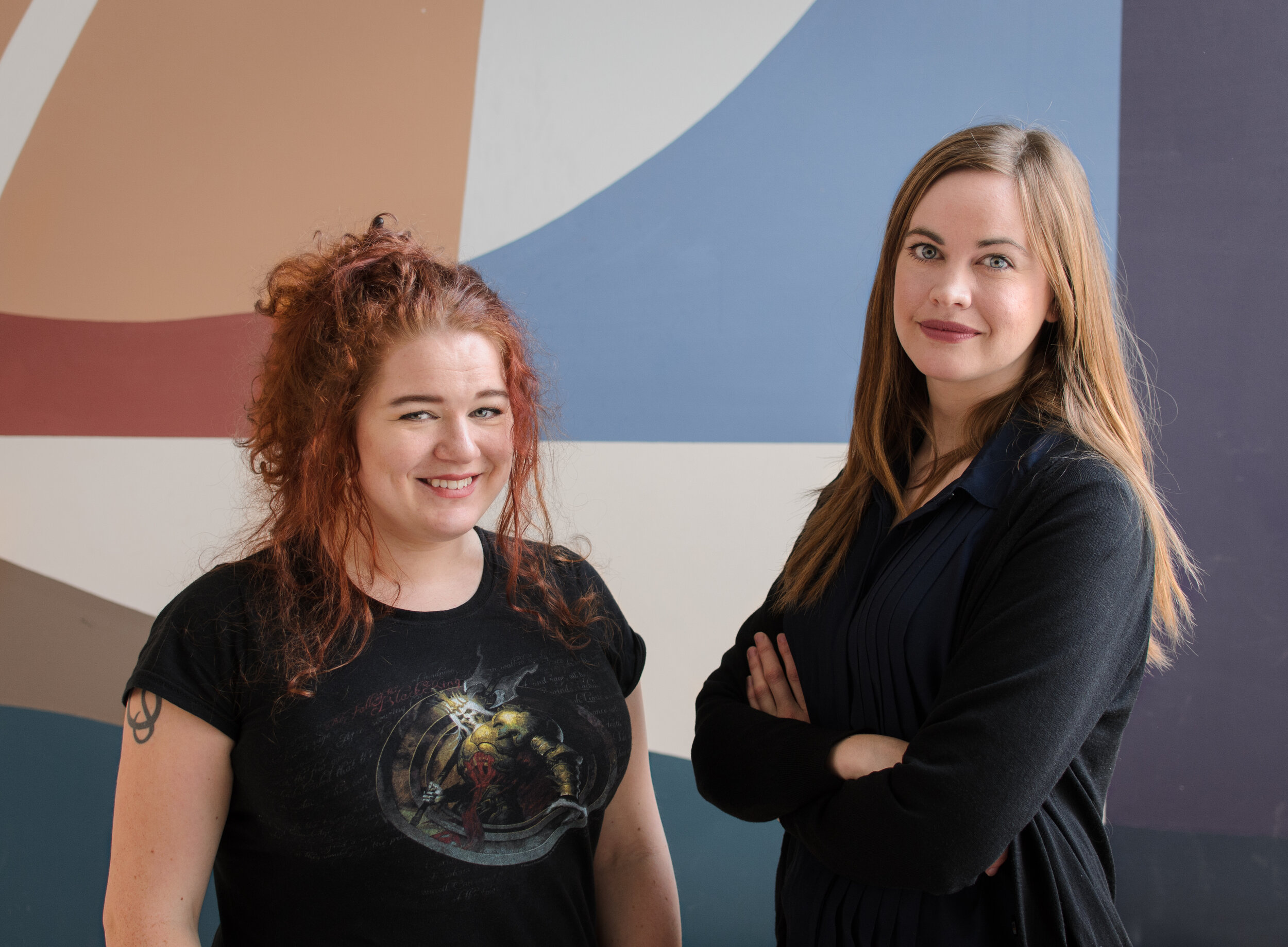 Esports has the potential to be the most inclusive sport in the world; accessible for people of any background, physical ability and location. Liza Lind and Lillie Klefelt started Female Legends almost five years ago to create an inclusive and safe space for women and non-binary within esports. Today, they are awarded the Elisabeth Tegner scholarship for leading the way to more equality and inclusivity in esports and the wider gaming community.

“I think the core of why we started Female Legends is an interest for both games and tech, combined with an interest for equality. As well as a resentment towards unfair play and injustices within esports,” explains Liza Lind.

Female Legends is a non-profit working to promote women and non-binary people within esports and the wider gaming community. Liza Lind and Lillie Klefelt founded the organisation in 2016 after meeting at a League of Legends camp where they were both coaches. They recognized the need for a community for girls and non-binary within esports, to encourage e-sport as an activity for a wider audience. Today, the community has grown to over 3000 members.

“Women often feel the responsibility to represent their whole gender when playing in mixed teams. We help girls find new female and non-binary teammates to play with, so they can focus more on the game and game tactics,” explains Lillie Klefelt.

“The best part of esports is being able to compete and hang out with your friends at the same time. You build strategies together and you can socialize over long distances. Of course we want more people to feel safe being part of the esports community,” says Lind.

Both Lind and Klefelt have played games since an early age. Klefelt started playing online multiplayer games back in elementary school, and later moved into esports. Besides Female Legends, she has worked at the Science Fiction bookstore in Gamla Stan in Stockholm for many years. Lind played a lot as a kid, but stopped around high school for various reasons. She later regained her passion for playing online. Apart from Female Legends, she has also studied biochemistry at Linköpings University and did her PhD in immunology at Gothenburg University.

ENCOURAGE MORE WOMEN TO MAKE A MARK WITHIN ESPORTS AND GAMES

“Girls often play as much as boys until a certain age, and then around the time they enter high school they stop, studies show. We want to bring forward more female role models to encourage girls to both play and take an active role within the games industry,” says Klefeldt.

“We’ve listened to our community and grown Female Legends to offer what they need in the field of esports. When we speak with games companies looking to be more inclusive, that is the number one advice we give. You need to listen to your audience. You need to ask girls what they want from you. Inclusion should not be an add-on, it should be at the core of the business,” says Klefelt.

“There is an attitude and a harsh tone in esports that scares people away. In our community, we make sure not to cross any lines. If a comment is unkind or not constructive, then it doesn’t belong there. There is a lot of unacceptable online harassment of girls and non-binary within the esports world today. We are a forum for ventilating about everything that goes on, while also working to make a difference in the industry,” says Lind.

Futuregames and Changemaker Educations are proud to announce Liza Lind and Lillie Klefelt at Female Legends as this year’s Elisabeth Tegner scholars. For their enthusiasm and determination to make esports more accessible to everyone.

“Thank you to everyone that took the time and nominated your role models within the games and tech space to this year’s scholarship. We are excited to see so many individuals working for more diversity within these male-dominated fields. To be able to announce Liza Lind and Lillie Klefelt as this year’s scholars feels great. Esports is a growing area and a sport that reaches people all over the world, especially in these times of the pandemic. We look forward to working closer together with Female Legends going forward and to support their mission for more equality and inclusivity in esports,” says Elisabeth Tegner.

The jury behind the scholarship are Elisabeth Tegner, games and tech pioneer and one of the funding members of Futuregames, Susanne Fuglsang, CEO of Innovation Pioneers and founder of Geek Girl Plus, Emelie Fågelstedt, communications freelancer and co-founder Svenska Nomader, as well as Mehrnaz Amanat Bari, software engineer at Frostbite Enginees and last year’s Elisabeth Tegner scholar. Changemaker Educations and Futuregames recognize their role in supporting more diversity and perspectives in the games industry, by working from a student level to promote more inclusivity and role models.

“Girls are the fastest growing segment within esports today, and especially younger girls. We are proud to be awarded the Elisabeth Tegner scholarship for our work with Female Legends. Our aim forward is to continue working with lifting girls and non-binary within esports and the games industry as a whole,” says Lind.