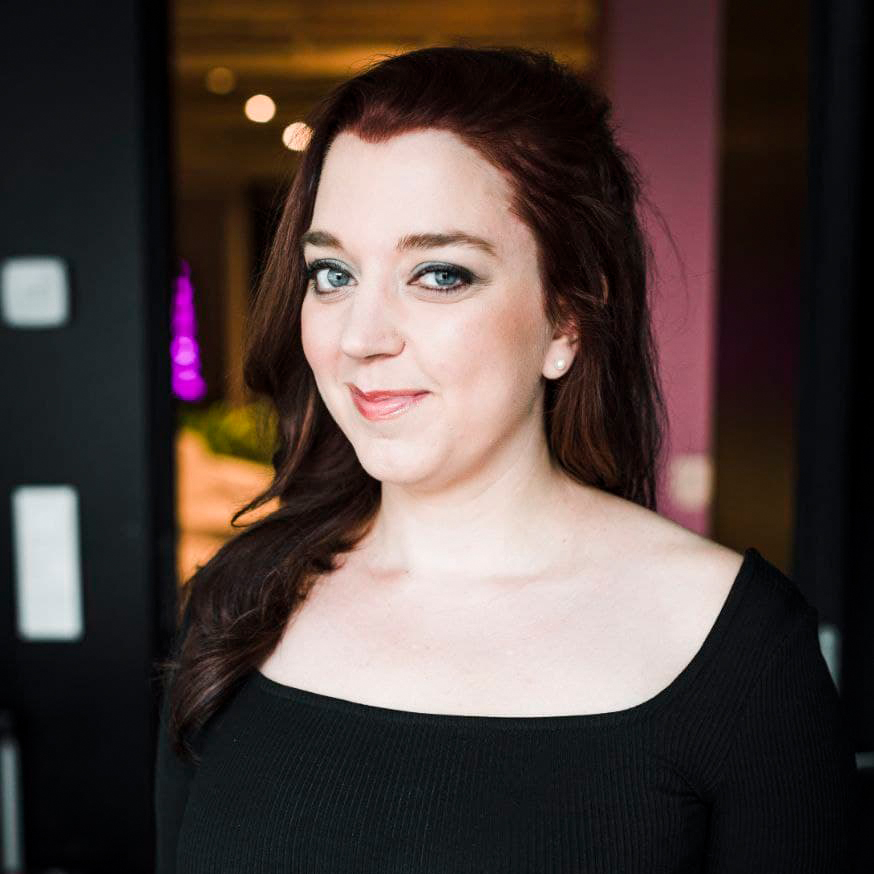 Karoline Forsberg has worked as a game designer at studios in four different countries and long pushed for more diversity in the industry. Games impact millions of people around the world so it is important to work in diverse teams to include more perspectives, according to Karoline. For having inspired and acted as a mentor for young women in the game industry for years, Karoline is now awarded the Elisabeth Tegner Scholarship 2021.

– Working with games means being able to create a positive impact on people’s lives. I have always seen games as such a powerful medium, and they’ve had a strong influence on me growing up. It is a dream come true to now be able to give back some of that, says Karoline Forsberg.

Today, Karoline works as a Senior Game Designer at CCP Games in Reykjavik. She has previously worked as a game designer at nDreams in England and Star Stable Entertainment in Sweden. She also acts as a mentor and lecturer at Into Games and Studio Vision, and is involved in DONNA at the University of Skövde to inspire more women to work in the game industry. Last year, she was awarded the “Creative Impact of the Year” award at the Women in Games Awards.

Even as a child, Karoline Forsberg loved to play games, but it didn’t cross her mind that it was also an industry you could work in at first.

– When I was 13 years old, my parents bought a CD-Rom for me to learn Java. But I got stuck pretty fast and at that time there were no internet forums that I knew of where I could get help. It took until high school when I met an acquaintance who studied game graphics at the University of Skövde that I became fascinated by the area once again and decided to apply.

During her studies in Skövde, Karoline was one of the first students to get involved in the association DONNA, founded by Jenny Brusk as an initiative to inspire more young women to enter the gaming industry. In her class at the Game Designer program, Karoline was the only woman.

– Working with games is a creative and exciting profession that should be equally interesting for both sexes. We set up workshops at high schools to awaken an interest of game development already at a young age, and went around to fairs and gave lectures.

According to Karoline, there is a need for more visual female role models in games who can share what it’s really like to work in the industry. To answer both practical questions about how to get a job or what different roles there are, but also to talk about the fear of sexual harassment and what it’s like to work in a male-dominated profession. The ambition is for more young girls to dare to pursue a dream of a career in games.

– The game industry is growing financially and players around the world are both men and women. It is important that even the creators of games come from different representations. The more diversity we get in the industry, in terms of different backgrounds and identities, the better games will be created that can include and impact more people.

Why do you think it is important to have more girls in the gaming industry?

– Games are a very strong medium and should be for everyone. But for games to be for everyone, we need broader representation among those who make games. If you put a group of people with the same background and mindset in the same room, they will look at a problem in the same way. But if you mix the group so that they are from different countries, identities, both non-binary, men, and women, you get a better outcome where people see things from their different perspectives. This builds a foundation for creating strong stories that can reach and affect more people.

What advice do you want to give to young girls who are interested in the gaming industry?

– If you dream of working with games, go for it! Do not let fear or anxiety stop you. The gaming industry is a growing industry, and more people will be needed. Give it a shot!

How does it feel to be awarded the Elisabeth Tegner Scholarship 2021?

– I’m so happy, and a little shocked. It is very honoring to win, and I have not really digested it yet. I’m trying to really embrace it and use it to suppress my imposter syndrome.

Motivation from the jury:

“This year the scholarship goes to a person we think has been inspiring throughout her journey so far. A strong designer with a great understanding of what it means to design for the player. She has crossed platforms and different game genres and shown great enthusiasm to learn more and develop. She is a global nomad who has worked on several continents and companies in roles where she has had a direct impact both on the games that have been developed but also on the people she has worked with. A strong common thread throughout her career is her commitment to diversity in the gaming industry, and over the years she has participated in many different contexts to both inspire others to choose IT and game development as a future profession or help them further in their careers. We in the jury think that Karoline is a shining example of a person who combines technology, design and development with creativity. She has a strong impact both on the games she helped design but also in inspiring others through her progress. We are very happy to be able to award Karoline Forsberg this year’s Elisabeth Tegner scholarship. ”